That’s right, I am thirty nine weeks pregnant and that means I am also a ticking time bomb. Can you even guess what this baby is being compared to for the thirty nine week baby update? It’s a bit disheartening…

Okay, okay, okay…technically it says a “mini-watermelon” but that’s still a wild thing to compare a developing baby to. I mean hello! Who wants to imagine that something the size of any kind of watermelon is going to exit their body? Not this girl. 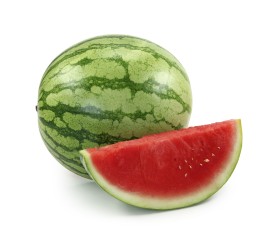 Week thirty nine comes with a really wide variety of changes. Baby A is around 20 inches from head to toe and is supposed to weigh in right around 7 pounds. If I’m lucky he won’t be too far off from those estimates. A baby’s lungs are fully mature by this point meaning, yet again, there is no reason for concern any longer about his level of development. In addition to that he is shedding some skin cells in the womb as new ones form (that’s a little bit ew).

As for myself, sleep has been even harder to come by lately. There is an obscene amount of tossing and turning when I’m in bed and after every trip to the bathroom it takes me anywhere from half and hour to a full one to fall back asleep. I cannot wait to get, at the very least, my body back after this little boy is born. I intend to breast feed which means that I will not be participating in drinking still for an undetermined amount of time and my body is still going to be at the will of a teeny tiny human being, but that’s okay. Being this far along also means that I am at the stage of trying everything and anything to get this little booger out of me. Including: long walks around the block, loads of pineapple, long showers, spicy food and just about every else. I have to say the one of these that I believe and recommend the absolute least is the pineapple thing. Honestly, who were these old wives and why are people still telling their garbage tales to unsuspecting women? Did you know that eating over a pound of pineapple will do nothing but make the insides of your cheeks raw and give you a sore throat? It has something to do with the high level of acidity in the pineapple and it’s extremely unpleasant.

One can only hope that eventually something will work and this baby will budge. I’ve delivered one little boy three weeks early, one little boy exactly on time and I’m curious to see where this one lands on the calendar. In preparation for his coming I’ve already bought and wrapped every gift I need for the upcoming baby shower and birthdays in the month of April. Plus I’ve gotten his future car seat loaded up, the hospital bag has been packed and the boys have an overnight bag ready to go should they have to make an immediate trip to their grandparent’s house. Not to mention everything else that’s been done for a ridiculously long amount of time like the dresser being stocked and the crib being made up. I also just bought another box of baby diapers so that we won’t run out any time during the first month (or more).

My prediction? Everyone keeps asking and I felt like I might jinx myself if I threw an actual date out there, plus this baby has given me zero indications of when he might decide to show up.

I think he’ll be here after his due date… But boy, oh, boy I hope I am wrong.

iThere are no comments

Begin typing your search above and press return to search. Press Esc to cancel.