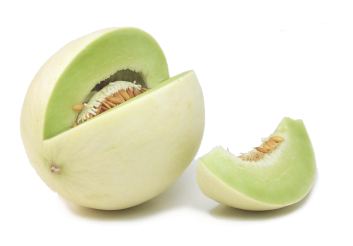 right now what a honeydew melon tastes like. Can you? Because for the life of me I cannot put my finger on what they taste like. I have eaten them plenty of times before and I can imagine what a peach and a pineapple taste like, but when it comes to this weird little green melon…I’ve got nothing.

Anyhow, that’s what my baby is right now. He’s a weird little green melon. The update this week begins with telling me that he has less room to maneuver and should not be doing any more somersaults, but just tell that to Baby A. And although I keep getting tight tummy pains and it feels like he’s ready to fall out, my doctor said he is head down but not making any moves at the moment.

My little love’s kidneys are fully developed and his liver can now process some “waste products” (yuck and yay!). Apparently the basic physical developments are all done and the biggest job he has over the next five weeks is to pack on some more weight. Hopefully, not too-too much if you know what I mean. At the moment he’s a mere 5 1/4 pounds and over 18 inches in length, which means he’s still just a little bitty.

As for mommy: the My Pregnancy app phrases things as “your ballooning uterus is crowding your internal organs…” which sounds just as lovely as it feels. At this stage in the game, the uterus that usually sits all nice and tucked away in my pelvis is currently up underneath my ribcage and if that isn’t enough to gross you out, there’s more! Being thirty five weeks along means redoing some more blood work and vaginal cultures as well as something  called a GBS test, if you’re unsure what it is…Google it. Also, due to the massive crowding going on internally there is a hefty deal of heartburn going on.

Luckily there is only an estimated five weeks left in this pregnancy which could realistically be anywhere from four to six (or more or less, it’s really a toss up). I’m still hoping that this little boy comes just a tiny bit early to relieve some of the pain and pressure from my everything. Though my hips have stopped being in pain 24/7 I can no longer relax on the couch without sudden pain and discomfort. The round ligament pain has gone absolutely nowhere and neither has the overwhelming fatigue. It comes down to a mixture of extreme excitement to see this little man and an almost equal excitement to wrap up this pregnancy.

Only five more weeks to go!